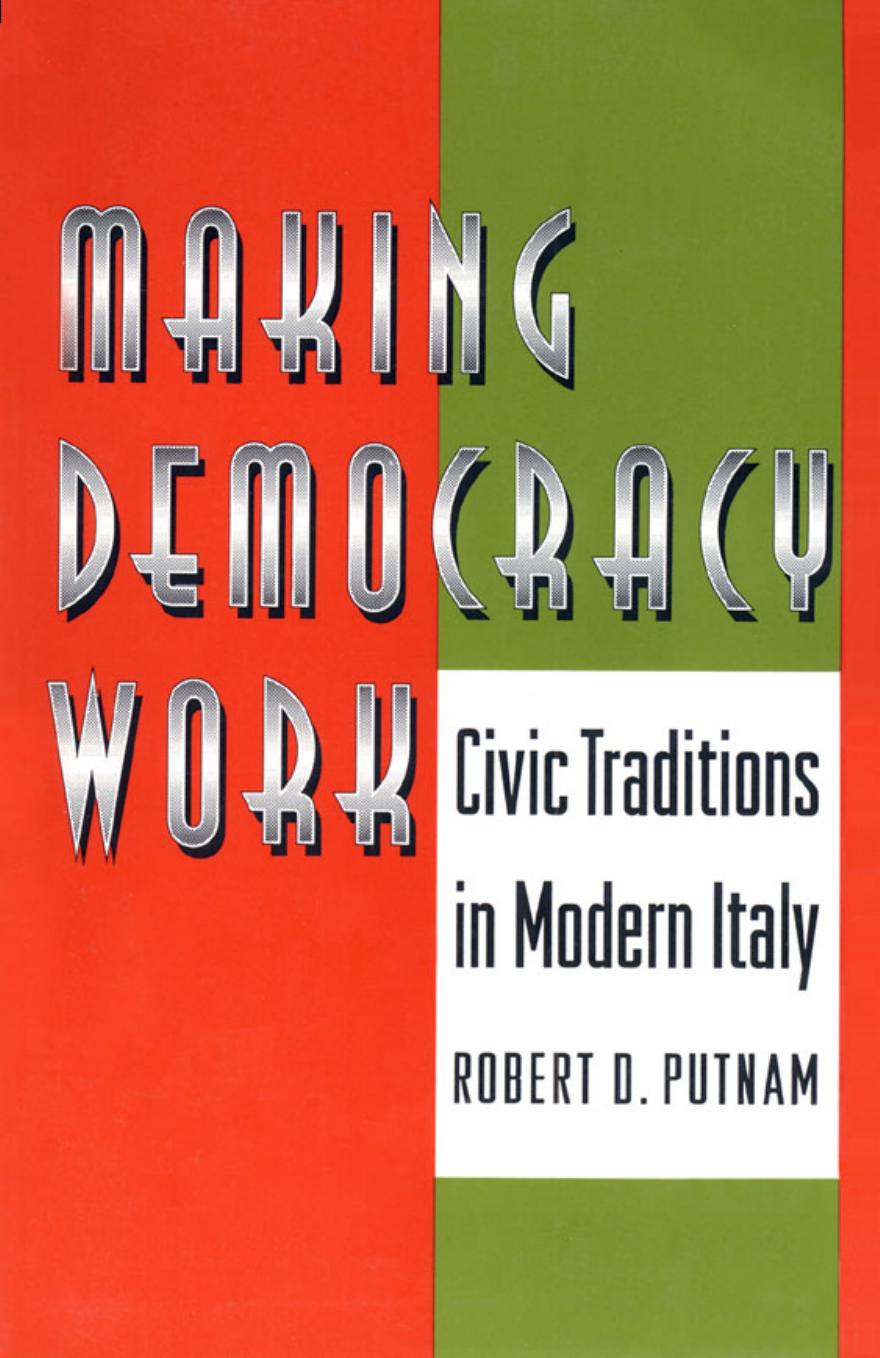 Why do some democratic governments succeed and others fail? In a book that has received attention from policymakers and civic activists in America and around the world, Robert Putnam and his collaborators offer empirical evidence for the importance of "civic community" in developing successful institutions. Their focus is on a unique experiment begun in 1970 when Italy created new governments for each of its regions. After spending two decades analyzing the efficacy of these governments in such fields as agriculture, housing, and health services, they reveal patterns of associationism, trust, and cooperation that facilitate good governance and economic prosperity.

Winner of the 1994 Gregory Luebbert Award

Honorable Mention for the 1993 Award for Best Professional/Scholarly Book in Government and Political Science, Association of American Publishers

"Seminal, epochal, path-breaking: All those overworked words apply to a book that, to make the point brazenly, is a Democracy in America for our times."--David L. Kirp, *The Nation*

"A great work of social science, worthy to rank alongside de Tocqueville, Pareto, and Weber.... If [Putnam's] claims about the essential conditions of successful democracy are correct (and they almost certainly are), then politicians and political scientists alike will have to think again about democracy's prospects in Asia, Latin America, and Eastern Europe."--*The Economist*

"It is rare that one comes across a classic in political science, yet in Robert D. Putnam's Making Democracy Work we undoubtedly have one. . . . Mr. Putnam's seminal work addresses in a rigorously empirical way the central question of democratic theory: What makes democratic institutions stable and effective? . . . [His] findings strikingly corroborate the political theory of civic humanism, according to which strong and free government depends on a virtuous and public-spirited citizenry--on an undergirding civic community. . . . One crucial implication of Making Democracy Work is that feeble and corrupt government, operating against the background of a weak and uncivic society, tends not to foster the creation of wealth, but rather to renew poverty. Overmighty government may stifle economic initiative. But enfeebled government and unrepresentative government kills it, or diverts it into corruption and criminality. . . . This may not, perhaps, be a universal truth; but it is directly relevant to the prospects of democracy in the United States today."--*The New York Times Book Review*