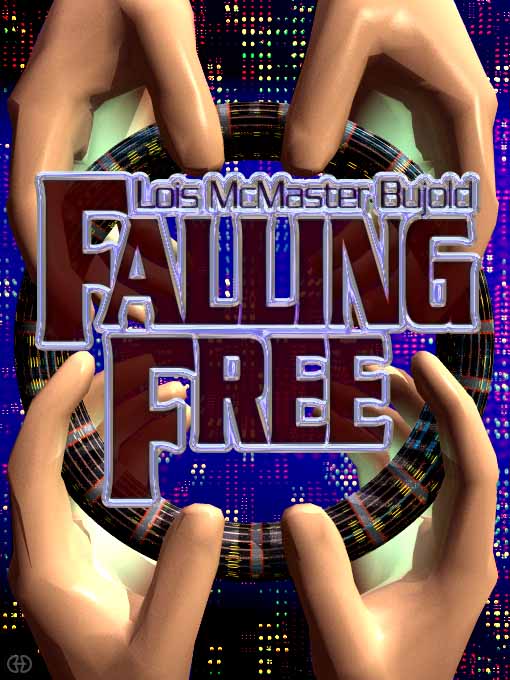 When engineer Leo Graf arrives at a free fall station circling a mining planet to teach welding, he’s in for his first shock: the genetically engineered inhabitants have an extra set of arms in place of legs. A second shock comes when the company that owns these four-armed “quaddies” decides to abandon them, and Leo must use all his ingenuity to respond to this new crisis. Winner of the Nebula Award for Best Novel, and a Hugo finalist.

"Bujold is one of the best writers of SF adventures to come along in years."
- Locus

on Lois McMaster Bujold:
“Bujold continues to prove what marvels genius can create out of basic space operatics.”
- Library Journal

“A superb craftsman and stylist, Ms. Bujold is well on her way to becoming one of the great voices of speculative fiction.”
- Rave Reviews

"Boy, can she write!"
- Anne McCaffrey

“Bujold has a gift, nearly unique in science fiction, for the comedy of manners.”
- Chicago Sun Times

Bujold's "work remains among the most enjoyable and rewarding in contemporary SF."
- Publishers Weekly

"Bujold is also head and shoulders above the ruck of current fantasists as well as science-fictionists."
- Booklist

author bio:
Lois McMaster Bujold was born in 1949, the daughter of an engineering professor at Ohio State University, from whom she picked up her early interest in science fiction. She now lives in Minneapolis, and has two grown children. She began writing with the aim of professional publication in 1982. She wrote three novels in three years; in October of 1985, all three sold to Baen Books, launching her career. Bujold went on to write many other books for Baen, mostly featuring her popular character Miles Naismith Vorkosigan, his family, friends, and enemies. Her books have been translated into twenty-one languages. Her fantasy from Eos includes the award-winning Chalion series and the Sharing Knife series.


Many pixels have been expended debating the 'best' order in which to read what have come to be known as the Vorkosigan Books, the Vorkosiverse, the Miles books, and other names, since I neglected to supply the series with a label myself.  The debate now wrestles with some fourteen or so volumes and counting, and mainly revolves around publication order versus internal-chronological order.  I favor internal chronological, with a few caveats.

I have always resisted numbering my volumes; partly because, in the early days, I thought the books were distinct enough; latterly because if I ever decided to drop in a prequel somewhere (which in fact I did most lately with Captain Vorpatril's Alliance) it would upwhack the numbering system.  Nevertheless, the books and stories do have a chronological order, if not a strict one.

It was always my intention to write each book as a stand-alone so that the reader could theoretically jump in anywhere, yes, with that book that's in your hand right now, don't put it back on the shelf!  While still somewhat true, as the series developed it acquired a number of sub-arcs, closely related tales that were richer for each other.  I will list the sub-arcs, and then the books, and then the caveats.

Shards of Honor and Barrayar.  The first two books in the series proper, they detail the adventures of Cordelia Naismith of Beta Colony and Aral Vorkosigan of Barrayar.  Shards was my very first novel ever; Barrayar was actually my eighth, but continues the tale the next day after the end of Shards.  For readers who want to be sure of beginning at the beginning, or who are very spoiler-sensitive, start with these two.

After that: Brothers in Arms should be read before Mirror Dance, and both, ideally, before Memory.

Komarr makes another good alternate entry point for the series, picking up Miles's second career at its start.  It should be read before A Civil Campaign.

Borders of Infinity, a collection of three of the five currently extant novellas, makes a good Miles Vorkosigan early-adventure sampler platter, I always thought, for readers who don't want to commit themselves to length.  (But it may make more sense if read after The Warrior's Apprentice.)  Take care not to confuse the collection-as-a-whole with its title story, "The Borders of Infinity".

Falling Free takes place 200 years earlier in the timeline and does not share settings or characters with the main body of the series.  Most readers recommend picking up this story later. It should likely be read before Diplomatic Immunity, however, which revisits the "quaddies", a bioengineered race of free fall dwellers, in Miles's time.

The novels in the internal-chronological list below appear in italics; the novellas (officially defined as a story between 17,500 words and 40,000 words, though mine usually run 20k - 30k words) in quote marks.

The novella "Weatherman" is an out-take from the beginning of the novel The Vor Game.  If you already have The Vor Game, you likely don't need this.

The original 'novel' Borders of Infinity was a fix-up collection containing the three novellas "The Mountains of Mourning", "Labyrinth", and "The Borders of Infinity", together with a frame story to tie the pieces together. Again, beware duplication.  The frame story does not stand alone, and mainly is of interest to completists.

My fantasy novels are a bit easier to order.  Easiest of all is The Spirit Ring, which is a stand-alone, or aquel, as some wag once dubbed books that for some obscure reason failed to spawn a subsequent series.  Next easiest are the four volumes of The Sharing Knife--in order, Beguilement, Legacy, Passage, and Horizon--which I broke down and actually numbered, as this was one continuous tale divided into non-wrist-breaking chunks.

What have come to be called the Chalion books, after the setting of its first two volumes, were also written, like the Vorkosigan books, to be stand-alones as part of a larger whole, and can in theory be read in any order.  (The third book actually takes place a few hundred years prior to the more closely connected first two.)  Some readers think the world-building is easier to assimilate when the books are read in publication order, and the second volume certainly contains spoilers for the first (but not the third.)  In any case, the publication order is:

The Curse of Chalion
Paladin of Souls
The Hallowed Hunt


The short story collection Proto Zoa was an e-book experiment; it contains five very early tales--three (1980s) contemporary fantasy, two science fiction--all previously published but not in this handy format.  The novelette "Dreamweaver's Dilemma" may be of interest to Vorkosigan completists, as it is the first story in which that proto-universe began, mentioning Beta Colony but before Barrayar was even thought of.

My latest original e-edition is Sidelines: Talks and Essays, which is just what it says on the tin--a collection of three decades of my nonfiction writings, including convention speeches, essays, travelogues, introductions, and some less formal pieces. I hope it will prove an interesting companion piece to my fiction.