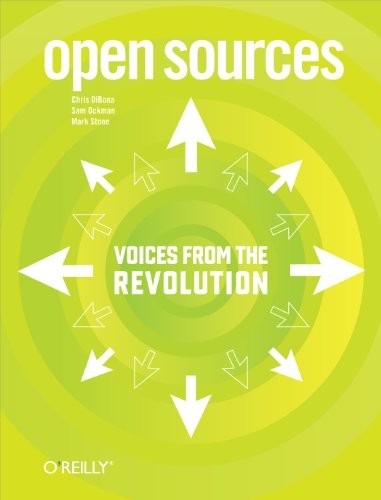 Freely available source code, with contributions from thousands of programmers around the world: this is the spirit of the software revolution known as Open Source. Open Source has grabbed the computer industry's attention. Netscape has opened the source code to Mozilla; IBM supports Apache; major database vendors haved ported their products to Linux. As enterprises realize the power of the open-source development model, Open Source is becoming a viable mainstream alternative to commercial software.

Now in Open Sources, leaders of Open Source come together for the first time to discuss the new vision of the software industry they have created. The essays in this volume offer insight into how the Open Source movement works, why it succeeds, and where it is going.

For programmers who have labored on open-source projects, Open Sources is the new gospel: a powerful vision from the movement's spiritual leaders. For businesses integrating open-source software into their enterprise, Open Sources reveals the mysteries of how open development builds better software, and how businesses can leverage freely available software for a competitive business advantage.

The contributors here have been the leaders in the open-source arena:

This book explains why the majority of the Internet's servers use open- source technologies for everything from the operating system to Web serving and email. Key technology products developed with open-source software have overtaken and surpassed the commercial efforts of billion dollar companies like Microsoft and IBM to dominate software markets. Learn the inside story of what led Netscape to decide to release its source code using the open-source mode. Learn how Cygnus Solutions builds the world's best compilers by sharing the source code. Learn why venture capitalists are eagerly watching Red Hat Software, a company that gives its key product -- Linux -- away.

For the first time in print, this book presents the story of the open- source phenomenon told by the people who created this movement.

Open Sources will bring you into the world of free software and show you the revolution.

Open Sources: Voices from the Open Source Revolution is a fascinating look at the raging debate that is its namesake. Filled with writings from the central players--from Linux creator Linus Torvalds to Perl creator Larry Wall--the book convinces the reader of the overwhelming merits of freeing up the many iterations of software's source code.

The open-source movement has become a cause célèbre in light of the widespread adoption of Linux, Perl, and Apache as well as its corporate support from Netscape, IBM, and Oracle--and strongly felt opposition from Microsoft. Open Sources doesn't address why these Microsoft foes are throwing their weight behind the movement. Instead, it focuses on the history and philosophy of open-source software (previously referred to as freeware) as an argument for shaping the future of programming. Open Sources is much larger than just a fight with any one company. Instead, it is a revolutionary call to release software development from the vested interests that label new directions in software development as threatening.

This is not to say that opening the source code is an entirely egalitarian and communistic endeavor. These are programmers and startup owners; they want to be able to continue to program for a living. To that end, Open Sources contains strong business profiles from entrepreneurs such as Apache's--and now, O'Reilly & Associates'--Brian Behlendorf, who discusses how to give away software in order to lure customers in for specialized versions. In many ways, this is a hands-on guide, displaying an insider's view of the development process and providing specifics on testing details and altering licensing agreements. However, interspersed with tech talk is a reader-friendly guide for those interested in the future of software development. --Jennifer Buckendorff

The idea for open source software began years ago with Richard Stallman, who at the time was considered crazy for proposing that computer code be free to all to use as they see fit as long as they posted the changed code for the common good. Along the way he won a MacArthur ("Genius") award, Linus Torvalds created Linux, and Brian Behlendorf developed Apache, the most used free web server package. This collection of writings by the leaders of the open source movement offers readers a chance to think about the past and how it will change the future of software development.
Copyright 1999 Reed Business Information, Inc.