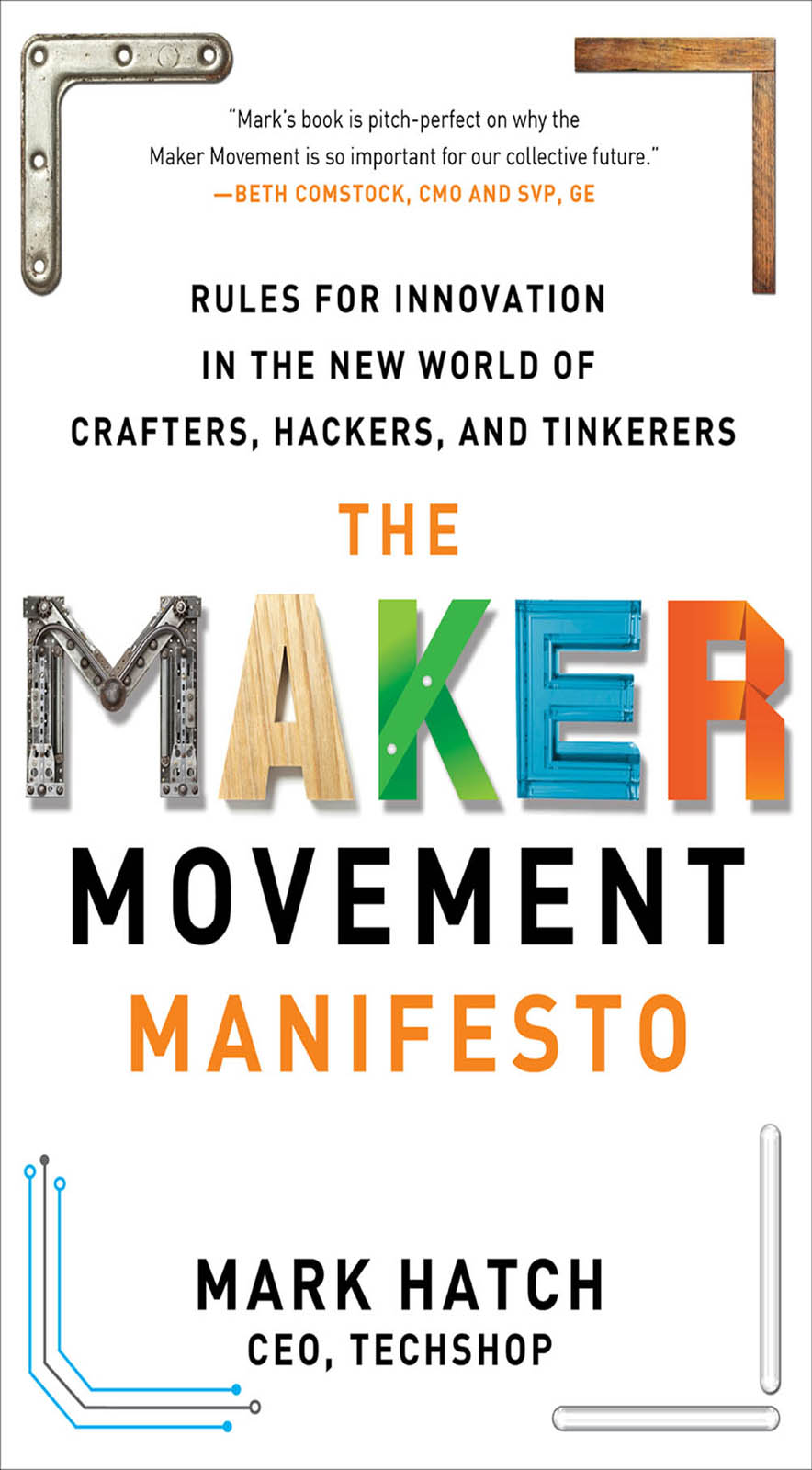 YOU can create the next breakthrough innovation

A revolution is under way. But it's not about tearing down the old guard. It's about building, it's about creating, it's about breathing life into groundbreaking newideas. It's called the Maker Movement, and it's changing the world.

Mark Hatch has been at the forefront of the Maker Movement since it began. A cofounder of TechShop—the first, largest, and most popular makerspace—Hatch has seen it all. Average people pay a small fee for access toadvanced tools—everything from laser cutters and milling machines to 3D printers and AutoCAD software. All they have to bring is their creativity and some positive energy.Prototypes of new products that would have cost $100,000 in the past have been made in his shop for $1,000.

The Maker Movement is where all the next great inventions and innovations are happening—and you can play a part in it.

The Maker Movement Manifesto takes you deep into...