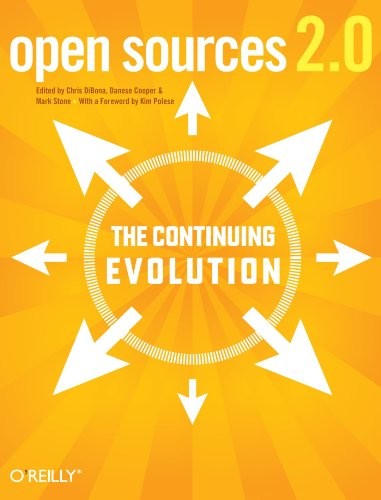 Open Sources 2.0 is a collection of insightful and thought-provoking essays from today's technology leaders that continues painting the evolutionary picture that developed in the 1999 book Open Sources: Voices from the Revolution .

These essays explore open source's impact on the software industry and reveal how open source concepts are infiltrating other areas of commerce and society. The essays appeal to a broad audience: the software developer will find thoughtful reflections on practices and methodology from leading open source developers like Jeremy Allison and Ben Laurie, while the business executive will find analyses of business strategies from the likes of Sleepycat co-founder and CEO Michael Olson and Open Source Business Conference founder Matt Asay.

From China, Europe, India, and Brazil we get essays that describe the developing world's efforts to join the technology forefront and use open source to take control of its high tech destiny. For anyone with a strong interest in technology trends, these essays are a must-read.

The enduring significance of open source goes well beyond high technology, however. At the heart of the new paradigm is network-enabled distributed collaboration: the growing impact of this model on all forms of online collaboration is fundamentally challenging our modern notion of community.

The power of collaboration, enabled by the internet and open source software, is changing the world in ways we can only begin to imagine.Open Sources 2.0 further develops the evolutionary picture that emerged in the original Open Sources and expounds on the transformative open source philosophy.

"This is a wonderful collection of thoughts and examples by great minds from the free software movement, and is a must have for anyone who follows free software development and project histories."