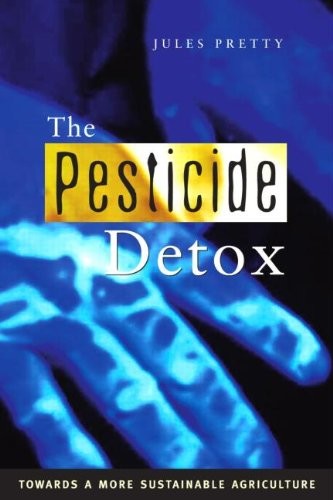 The Pesticide Detox: Towards a More Sustainable Agriculture

Since the 1960s, the world's population has more than doubled and agricultural production per person has increased by a third. Yet this growth in production has masked enormous hidden costs arising from widespread pesticide use - massive ecological damage and high incidences of farmer poisoning and chronic health effects. Whereas once the risks involved with pesticide use were judged to be outweighed by the potential benefits, increasingly the external costs of pesticides, to environments and human health, are being seen as unacceptable. In response to this trend, recent years have seen millions of farmers in communities around the world reduce their use of harmful pesticides and develop cheaper and safer alternatives. The Pesticide Detox explores the potential for the phasing-out of hazardous pesticides and the phasing-in of cost effective alternatives already available on the market. This book makes clear that it is time to start the pesticide detox and to move towards a more sustainable agriculture.

"Developed in the 1940s, synthetic pesticides were first extolled as panaceas and later excoriated. Their benefits lay in improving countries' economies and in feeding, clothing, and pest-proofing rising densities of people. In the 1960s, public attention turned to their external, largely undocumented costs. Important factor include pesticides' adverse environmental effects on wildlife, human health and reliance on off-farm inputs, and, more recently, genetically modified crops and effects on human use of arable land. Fourteen chapters address the indirect costs of synthetic pesticides, endeavoring to inform the debate regarding how best to produce, sustain, and protect valuable resources. The initial chapter, 'Pesticide Use and the Environment, ' sets the subject; chapters follow on health, costs, corporate involvement, pesticide alternatives, farmers, social dimensions, and commodity/country case histories. With sometimes limited information, authors indicate that the problem is serious, that some progress has been made, and that more efforts are necessary for better remediation and avoidance of past mistakes. Surprisingly, the external costs of rice production in China were calculated to exceed the value of synthetic pesticide use by 86 cents/dollar (value exceeded cost for other countries). Liberal use of informative graphs and tables, a useful index, and extensive bibliographic references enhance the text. Summing Up: Recommended. All levels."-M. K. Harris, Texas A & M University in CHOICE

Jules Pretty is Director of the Centre for Environment and Society at the University of Essex and author of Agri-Culture (2002) and The Living Land (1999).