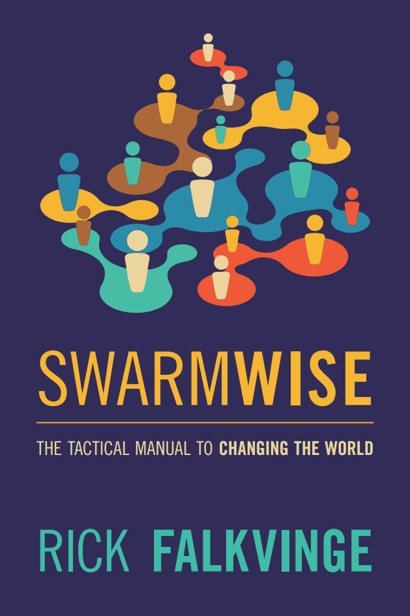 SWARMWISE - The Tactical Manual to Changing the World

Swarmwise: The Tactical Manual to Changing the World by Rick Falkvinge

This is the culmination of four years of work, after I decided to write down and share my experiences with forming, leading, and winning with a swarm-style community.

Rick Falkvinge founded the world's ﬁrst Pirate Party in 2006. In 2011, he was named one of the world's top 100 thinkers by Foreign Policy magazine, and in 2012, he was shortlisted as one of the world's 100 most inﬂuential people by TIME magazine. He writes columns for CNN, Russia Today, and TorrentFreak. He also blogs at http://falkvinge.net.