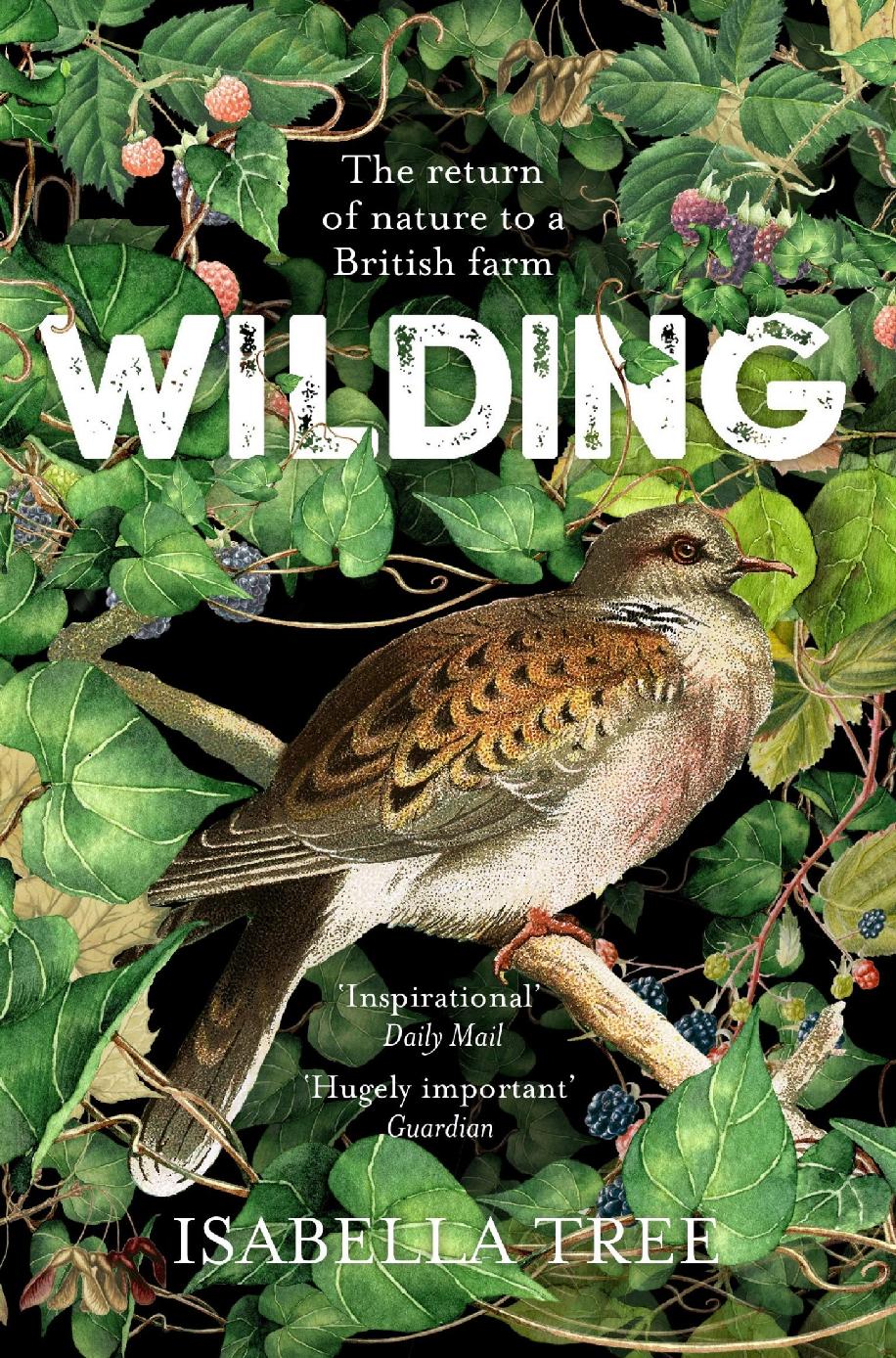 Wilding: The Return of Nature to a British Farm

'A passionately personal, robustly argued and uplifting book . . . One of the landmark ecological books of the decade.' Sunday Times 'Books of the Year' Winner of t he Richard Jefferies Society and White Horse Book Shop Literary Prize Shortlisted for the Wainwright Golden Beer Book Prize In Wilding , Isabella Tree tells the story of the 'Knepp experiment', a pioneering rewilding project in West Sussex, using free-roaming grazing animals to create new habitats for wildlife. Part gripping memoir, part fascinating account of the ecology of our countryside, Wilding is, above all, an inspiring story of hope. Forced to accept that intensive farming on the heavy clay of their land at Knepp was economically unsustainable, Isabella Tree and her husband Charlie Burrell made a spectacular leap of faith: they decided to step back and let nature take over. Thanks to the introduction of free-roaming cattle, ponies, pigs and deer - proxies of the large animals that once roamed Britain - the 3,500 acre project has seen extraordinary increases in wildlife numbers and diversity in little over a decade. Extremely rare species, including turtle doves, nightingales, peregrine falcons, lesser spotted woodpeckers and purple emperor butterflies, are now breeding at Knepp, and populations of other species are rocketing. The Burrells' degraded agricultural land has become a functioning ecosystem again, heaving with life - all by itself. Personal and inspirational, Wilding is an astonishing account of the beauty and strength of nature, when it is given as much freedom as possible. **

"[F]ans of Roger Deakin, Robert Macfarlane, Nan Shepherd, and other British naturalists will follow right along … A fine work of environmental literature that demands a tolerance for detail and should inspire others to follow suit." -- Kirkus

"This wonderfully readable book, which is partly a memoir and partly a plan of action, is an inspirational guide for how to 'rewild' a landscape….This honest, thoroughly researched and deeply hopeful book will appeal to everyone--especially farmers--who is concerned about how intensive farming practices are degrading the environment and how to restore nature to ravaged lands." -- Forbes , "Ten of the Best Books About Climate Change, Conservation And The Environment of 2018"

" Wilding is one of the most exhilarating books I know. Knepp Castle is a modern marvel, a wild ancient landscape in a modern domestic country, a place filled with birds and animals leading their own independent and remarkable lives. Isabella Tree, who lives there, tells the rich, complicated story of Knepp. As a writer, Tree is both elegant and deeply informed, and the story is full of poetic awareness and scientific foundations. This story will delight anyone who's interested in nature, wildlife, and hope."--Roxana Robinson, author of Sweetwater

"In a story that is part personal memoir, part work of conservation, Tree reveals the capacity of the wild to reclaim the land--as long as humans step out of the way."-- Smithsonian , Ten Best Science Books of 2018

" Wilding is both a timely and important book."--Tim Flannery, The New York Review of Books

"A poignant, practical, and moving story of how to fix our broken land, this should be conservation's salvation; this should be its future; this is a new hope."--Chris Packham

"Every farmer (and perhaps every conservationist) in Britain needs to go and spend a day at Knepp. The Knepp 'wilding' project is a vitally important experiment for working out what we can do to let nature back into our farmed landscapes.... This book tells this vital story and deserves to be widely read."--James Rebanks, author of A Shepherd 's Life

"The remarkable story of an astounding transformation."--George Monbiot

"Isabella Tree's apparently quixotic tale of Exmoor ponies, longhorn cattle, red deer and Tamworth pigs roaming free on an aristocratic estate is a hugely important addition to the literature of what can be done to restore soil and soul."--Caspar Henderson, The Guardian

Isabella Tree is an award-winning author, travel writer, and manager of the the Knepp Wildland Project, together with her husband Charlie. She is the author of several books, including The Living Goddess and The Bird Man.