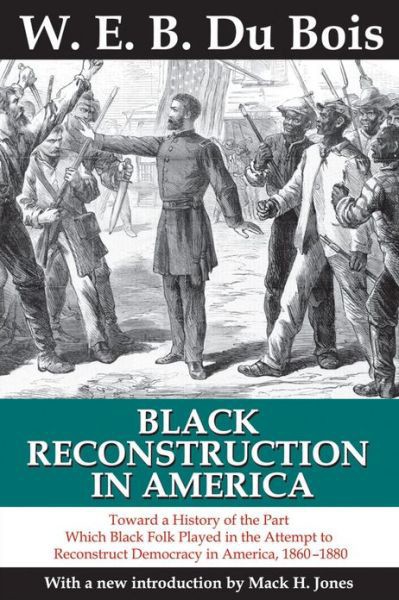 Black Reconstruction in America: Toward a History of the Part Which Black Folk Played in the Attempt to Reconstruct Democracy in America, 1860-1880

After four centuries of bondage, the nineteenth century marked the long-awaited release of millions of black slaves. Subsequently, these former slaves attempted to reconstruct the basis of American democracy. W. E. B. Du Bois, one of the greatest intellectual leaders in United States history, evaluates the twenty years of fateful history that followed the Civil War, with special reference to the efforts and experiences of African Americans.

Du Bois’s words best indicate the broader parameters of his work: "the attitude of any person toward this book will be distinctly influenced by his theories of the Negro race. If he believes that the Negro in America and in general is an average and ordinary human being, who under given environment develops like other human beings, then he will read this story and judge it by the facts adduced."

The plight of the white working class throughout the world is directly traceable to American slavery, on which modern commerce and industry was founded, Du Bois argues. Moreover, the resulting color caste was adopted, forwarded, and approved by white labor, and resulted in the subordination of colored labor throughout the world. As a result, the majority of the world’s laborers became part of a system of industry that destroyed democracy and led to World War I and the Great Depression. This book tells that story.

“Upon these falsifiers of Reconstruction history Dr. Du Bois has unloosed his brilliant and bitter eloquence. He has undertaken the herculean task of rewriting Reconstruction history on the basis of the unusual assumption (for an American historian) that “the Negro in America and in general is an average and ordinary human being, who under given environment develops like other human beings,” as against the more orthodox view of the Negro as an inferior being “whose emancipation and enfranchisement were gestures against nature…” Dr. Du Bois is to be commended for attacking the subject with a broad perspective… The book should be widely read.”

“Dr. Du Bois has written a book that will necessitate further reply from the advocates of capitalism and white supremacy—if they have the courage to read Black Reconstruction.”

“It is not surprising that the publication of this book should be hailed as a literary event… [In] a bitter political fight over the Negro’s place in American society… Dr. Du Bois stood squarely and bravely for full educational opportunity and complete social and political equality.”

W. E. B. Du Bois (1868-1963) was the cofounder of the NAACP. He was educated at the University of Berlin and Harvard University, and he was the first African American to receive a PhD from Harvard. He taught at Wilberforce University in Ohio, the University of Pennsylvania, and Clark Atlanta University (where he established the department of social work). He is the author of numerous writings, including Worlds of Color; Africa in Battle against Colonialism, Racialism, Imperialism; and In Battle for Peace.